The Story Of Wendy And Bonnie. 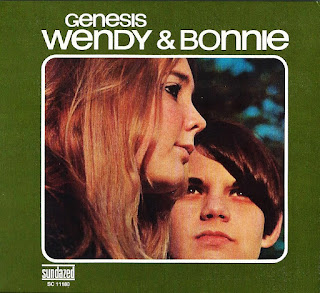 A friend of mine who has been reading my stories about long lost singers and albums recently suggested that I might like to check out Wendy And Bonnie. I had never heard of them but this friend who is an expert on the history of music has turned me on in the past to the likes of Vashti Bunyan, Shelagh McDonald and many others. We often have long phone conversations about music and he knows what he is talking about. As Christmas was coming I thought I would treat myself to their album which arrived this morning and I'm really pleased I bought it because it is brilliant.
When I opened the package I discovered it a 2cd set in a gatefold sleeve, very attractively designed with lots of photos and a booklet with all the information you need to know about Wendy & Bonnie. The album is called Genesis and is the only album they ever made. The girls are sisters Wendy & Bonnie Flower and the album was released in the summer of 1969. When they recorded the music a few months earlier Wendy was aged 17 and Bonnie was only 13. I must say they display an incredible talent at such a young age. 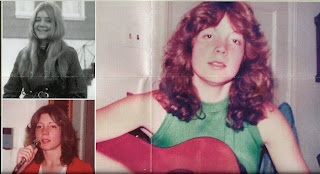 As soon as I started listening to the first disc I knew this was something a bit special. The opening track is called Let Yourself Go Another Time. It features some frenetic drumming by Jim Keltner and fabulous hammond organ by Mike Melvoin. A great band had been assembled for the three sessions of recording the album. The second song Paisley Window Pane is a more acoustic sound with lush harmonies. This was actually released as a single. ( If you scroll down you can hear this song) Wendy has a really sweet voice and sings lead on most of the vocals with Bonnie's deeper voice harmonizing. For someone like me who loved the sound of the Beach Boys and all West Coast music this is bliss. I Realized you is a really nice song about friendship growing into love.  By The Sea is the fourth track on the album which was released on the Skye label and produced by Gary McFarland. You Keep Hanging Up On My Mind  is another great song. It's What's Really Happening evolved from a poem that Wendy wrote after the assassination of Robert Kennedy in 1968. This is followed by Five O'Clock In The Morning. On first listen I thought my favourite song was Endless Path which has a great bass opening but now I have played both discs twice I think the whole album is great and I couldn't choose a favourite. Children Playing is the penultimate song followed by The Winter Is Cold which features some superb guitar work by Larry Carlton. As well as the ten songs from the original album disc 1 has seven more tracks of out-takes and alternative versions some of which are as good as the originals in my opinion. Disc 2 is seventeen tracks of demos and live recordings. Thirteen of the tracks just feature Wendy and Bonnie with Wendy playing vibes and Bonnie on acoustic guitar. The songs are no less beguiling for that. There are also three songs by their original group which was called Crystal Fountain. 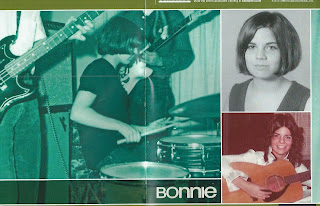 After the album was released in 69 promotions were arranged and live performances booked including an appearance on the Merv Griffin show but then disaster struck. Firstly the record label Skye went bankrupt and all plans were cancelled. Then their producer and mentor Gary McFarland was murdered when somebody spiked his drink with methadone in a New York nightclub. The girls career fell apart and they never worked together professionally again. At that young age going to college seemed a more sensible option than the risky music business. Even so, they both kept an interest in music and Bonnie was even offered a chance to join a girl group just starting out which she turned down. That group evolved into The Bangles.

A thing of beauty will never die however. Word spread about Wendy & Bonnie and in 2001 the album was re-released on the Sundazed label and began to attract a following around the world. The popular Welsh group Super Furry Animals sampled one of their songs on an album and they came to the attention of the High Llamas. Sean O'Hagan formally of Microdisney and very much influenced by Brian Wilson and West Coast psychedelia  really loved their sound. Wendy Flower was invited to the Meltdown Festival in London in 2007 and performed the music to an appreciative audience at the Festival Hall. Finally in 2009 a de-luxe release came out to celebrate the 40th anniversary of the albums release and that it what popped through my letter box today. 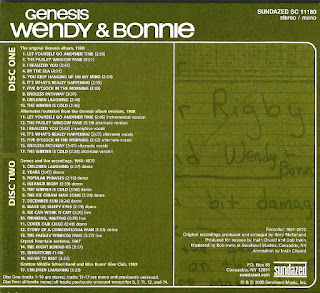 I must say on a cold,dark, bleak mid-winters day in England in January this has been the perfect music to listen to so I am really pleased I bought this album and I hope the legend of Wendy & Bonnie continues to grow. I have been California dreamin' on such a winters day! 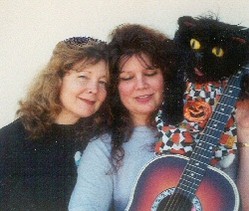 I discovered it myself around this time last year. It's one of the warmest and most disarming albums Ive ever heard. Thank you for this thoughtful write up.

I haven't written anything recently because my younger brother Paul passed away on September 25 th aged 64 after a brave fight against ...