My Brilliant Eclectic Taste In Music. 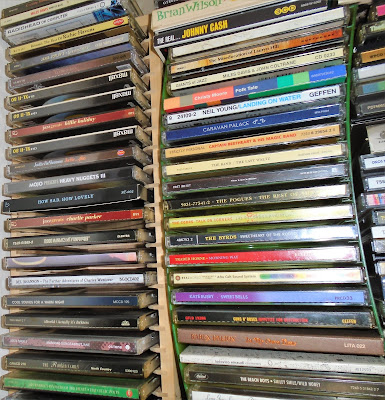 It had been a wild and stormy night and this morning is taking no lip off the night before. I don’t think I’ll be venturing far today. I wasn’t sure what to write about on my blog page and then I remembered something that has been bugging me. A few days ago, I mentioned that a friend accused me of only liking Folk music and Van Morrison. Then yesterday another friend who I have known for fifty-five years agreed with her and said 80% of my music must be Van & Folk. Nothing could be further from the truth. This is an attack on my eclectic music taste, so I thought I would put the record straight once and for all.
I haven’t got a huge collection of albums by some people’s standards, that is because in the olden days whenever I was in a state of financial embarrassment, I used to sell my record collection. However, I have got about 350 cd’s. (I have got some cassettes and vinyl as well, but I haven’t got anything to play them on).  It is true that I have every album by Van because he has the finest body of work of any artist in popular music, but I also have music in almost every genre you can think of. I have Pop music, Rock, Jazz, Country, Folk, Soul, Blues, Punk, Reggae, World Music, Americana, Hip-Hop, Poetry & Spoken Word, Classical, Irish, French, New Wave, Progressive, Psychedelic, you name it and I have it. The only type of music that I don’t have is Opera which I have never got into. 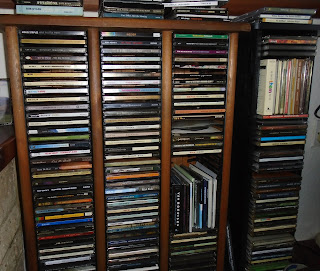 I just took some photos of my cd’s to prove my point, but I don’t think you will be able to read them easily. They are all jumbled up and in no particular order. I’ll just go down one side chosen at random from my tower of song. From the top, Christy Moore, Miles Davis, Radiohead, Richie Havens, Janis Joplin, Billie Holiday, Connie Converse, Charlie Parker, 10,000 Maniacs, Del Shannon, Idlewild, Maroon 5, The Rankin Family, Jah Wobble, John Martyn, The Dubliners, Baka Beyond, Buena Vista Social Club, The Smiths, Bridget St.John, Kate Rusby, Bob Dylan, Tony Scott, Mavis Staples, Sinead O’Connor, Bonnie Raitt, Bap Kennedy, The Velvet Underground, John Otway, Judy Collins, Big Bill Broonzy, Emmylou Harris, Tom Waits, Joni Mitchell, Alanis Morissette, Echo And The Bunnymen, The Waterboys, Iris Dement, Shelagh McDonald, Norma Waterson, Television, Ray Charles, Joan Armatrading, Lucinda Williams, Nick Drake, Rolling Stones, Tom Waits, Shawn Colvin, Robert Plant & Alison Krause, Keith Christmas, Anais Mitchell, Lana Del Rey, Jack Savoretti, Ani DiFranco, Macy Gray.
I think that makes my point and I rest my case. Looking at that sample of 56 albums the thing that strikes me is not what genre they are but how well female artists are represented in my collection. Anyway, while I have been writing this, the sun seems to be coming out. I can’t sit here all day. I might venture out after all. See you later. 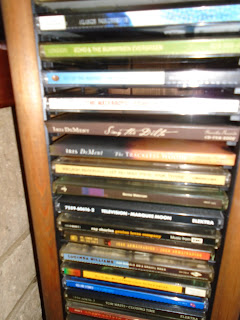